When you think of cute medieval German towns, this is the one you probably have in your mind. It was the inspiration for Pinnochio’s home village in the 1940 Disney film, and parts of Harry Potter and the Deathly Hallows Parts 1 and 2 were filmed here. Founded in 1170, it has the charming subsidence-affected half-timbered buildings, cobbled streets, and my favourite thing: the city wall. You can walk along the upper walkway of the city walls, peering out arrow slits, and imagining you’re a city guard on watch (at least, my son loved doing this). The wall also affords a wonderful bird’s eye view of all the little gardens and courtyards among the red roofs of the town. 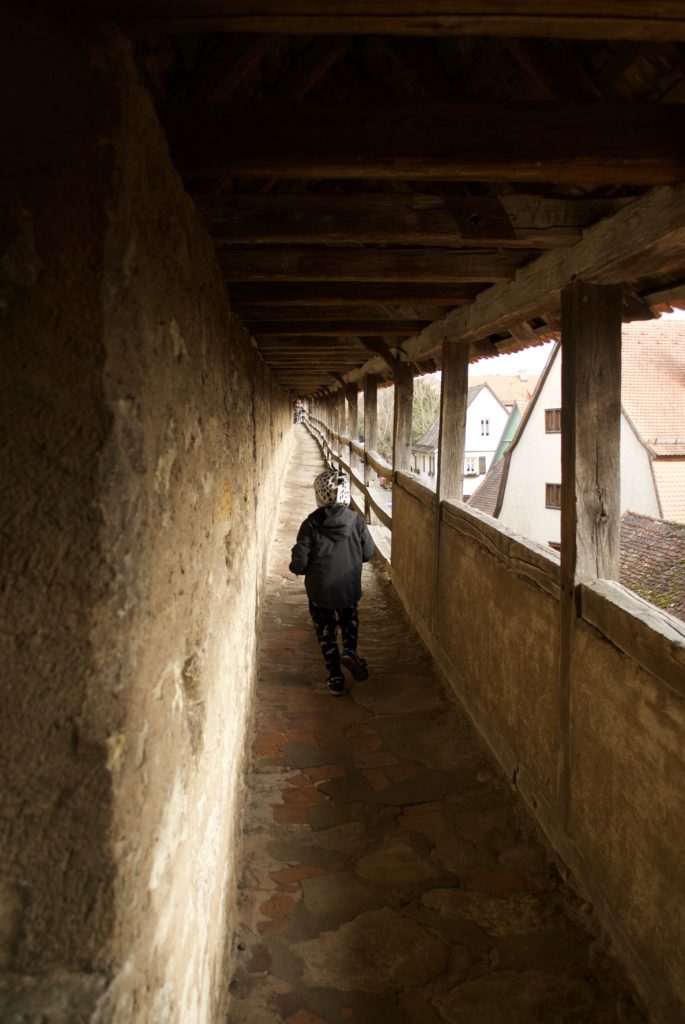 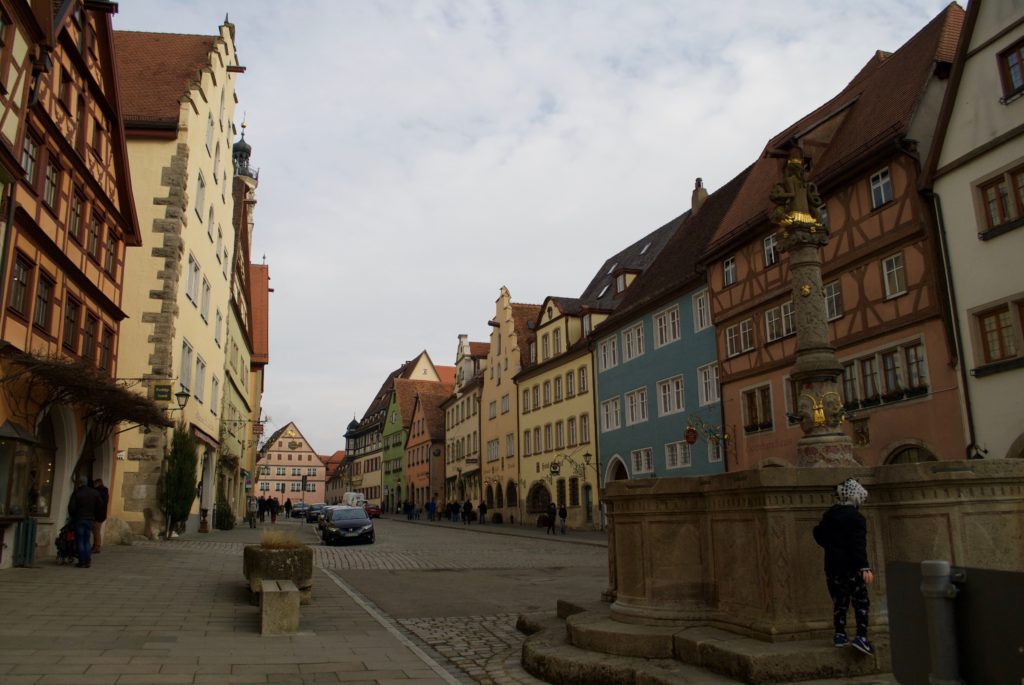 Rothenburg’s historic significance as a perfect little medieval town has featured heavily in its recent history. During the run up to the Second World War, it became a symbol of ideal Germanness. The Nazis even organized trips to visit this ‘Most German of German towns’. In 1945, Allied bombing destroyed just over 300 houses, a few public buildings and some of the iconic city wall. However, the Americans tasked with taking the town were instructed to offer peace terms, rather than destroy it outright. The Germans stationed there agreed, against Hitler’s orders, saving the rest of the town from destruction. The houses, buildings, and wall that suffered bomb damage were quickly repaired with funds donated from all over the world. You can see bricks in the city wall with donors names.

There is a circular city walk, well-posted with signs explaining the various stops, that incorporates a good chunk of the upper city wall walk. I love self-guided city walks like this, because when you’re exploring with a small person, their unexpected requirements for toilets, food, and running around mean your carefully crafted itinerary can go out the window. Even if you thought you had accommodated lots of kid time. The beauty of Rothenburg is it’s amazing just to wander the streets, peer in the shop windows at endless carved toys, chocolates, and dolls. It’s terrifically easy to visit with small people for this reason. 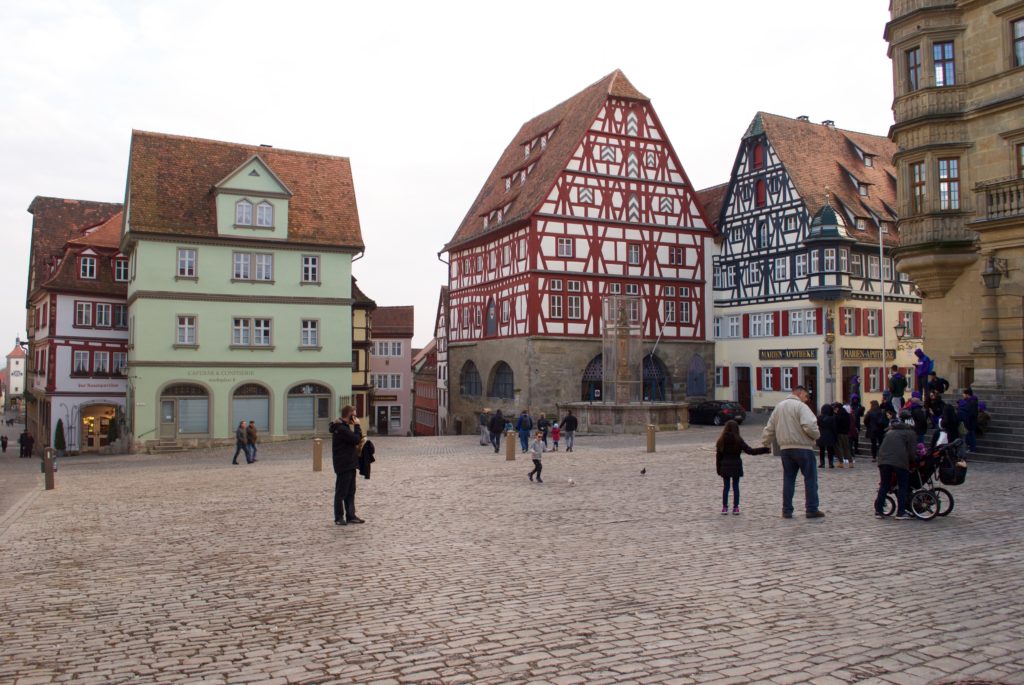 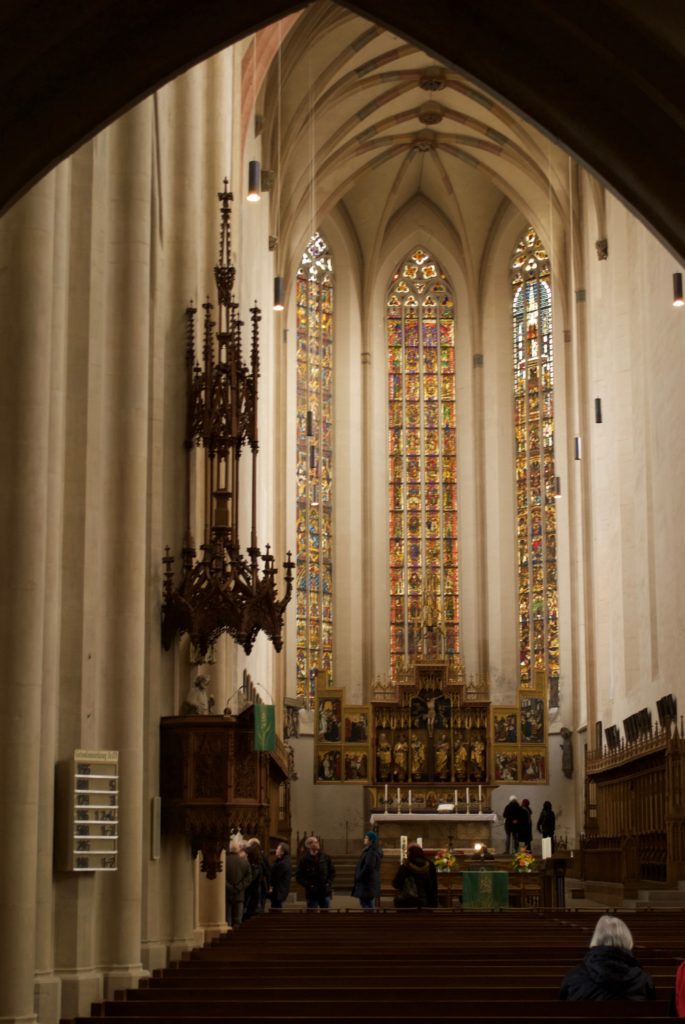 However, there are a few fun stops if your family is game. The Kriminalmuseum covers crime and punishment over the past thousand years. My seven year old was fine with it, and enjoyed it, but my husband said he thinks kids younger than seven would find it too scary (I passed and wandered around taking photos instead). The Christmas Museum is upstairs from the Käthe Wohlfahrt shop, and if you’re looking to add a few ornaments to your collection, this is an excellent place to invest.

I’ll give you a tip: don’t bother with Schneeballs. The signature sweet treat, it’s a weird ball of dough scraps, fried and covered with sugar or chocolate. That sounds like it would be good, but in practice it’s often dry and tasteless. Go for a good Käsebrezel (cheese-covered soft pretzel) instead. 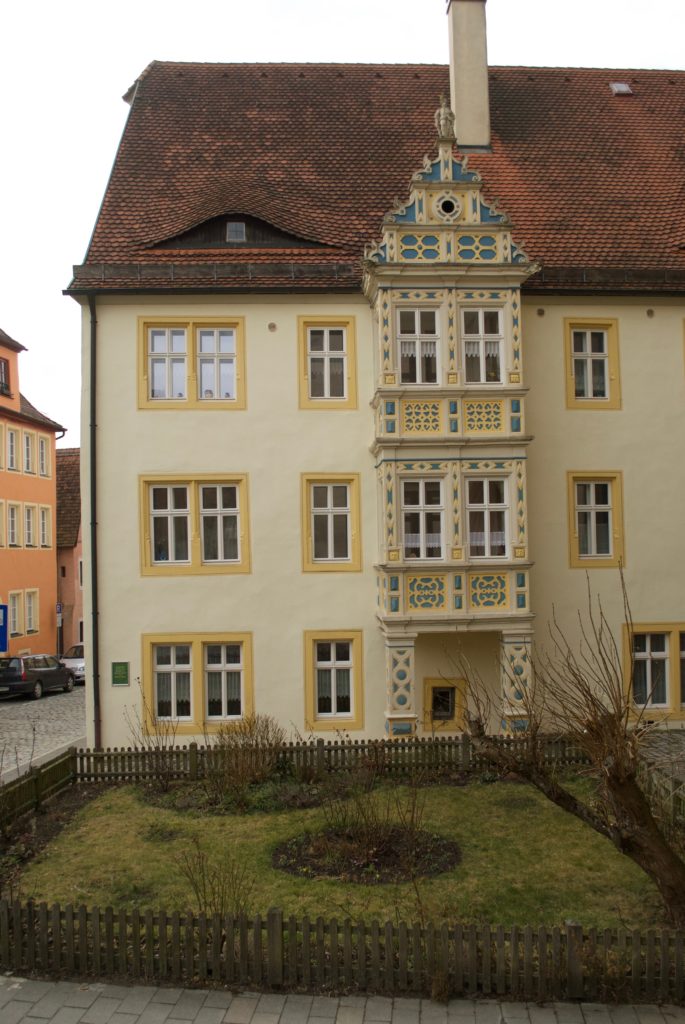 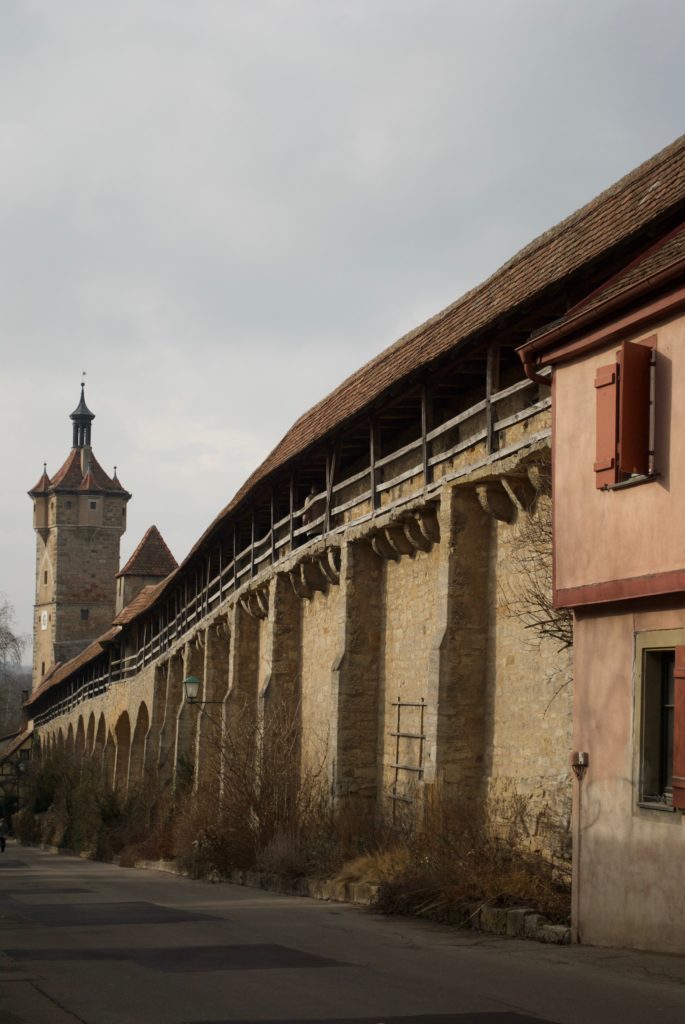 I would love to have had lunch in the Biergarten at the Reichsküchenmeister, there’s a cute little carousel right in the fenced Biergarten, and you can sit under the Linden trees and admire the church of St Jacob’s across the road. We visited in February, so it was all bare branches and inside dining unfortunately.

It’s a 2.5-3 hour train journey from Frankfurt, and slightly longer from Munich. Driving shaves off half an hour to an hour. Public pay parking is plentiful outside of the city walls.

Look, I made you a nice image to pin this to your holiday planning board… 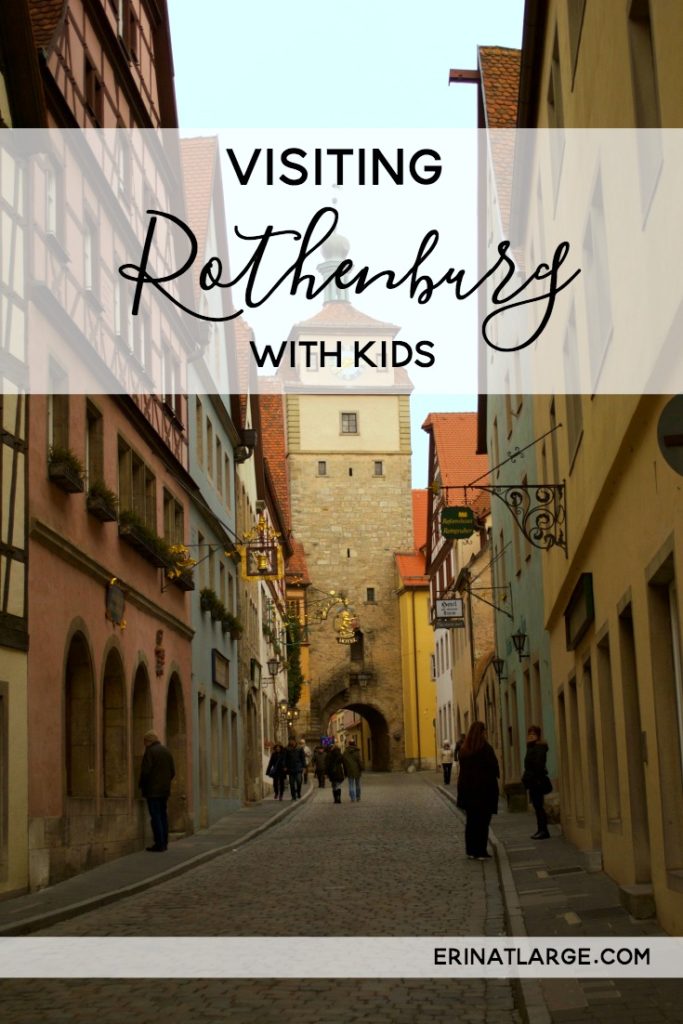