I don’t normally dedicate an entire post to any kind of product, but I’m making an exception for Atlas Crates and KiwiCo because it has saved my sanity over the past year in and out of lockdowns. The links in this post are affiliate links, but other than that I have received no compensation to write this post.

My son is now 11 and a half, and we have been subscribing to Kiwi Crates since he was about five. KiwiCo is a company that creates subscription boxes with projects for kids (and now adults) for learning and creating. I love these boxes because everything you need to do the project is in the box (except scissors). Glue, paint, sticky things, paper clips, bits of metal, pieces of lightweight balsa wood – it’s all in there. The instructions are clear and written for kids to follow, and they provide videos on their website if that’s easier. From about eight years old my son could follow the directions on his own. My son has never been a sit and do crafts kind of child, he’s not even been all that into building LEGO for hours or anything – but he will sit and work on a project from KiwiCo for a good 90 minutes. The crates come in different age ranges, and even different subject areas – from a slime volcano to sewing a plushie, there’s something for every kid.

When KiwiCo launched their new Atlas Crates last year, I was really interested to try them because we travel so much, but everything had shut down at the beginning of the pandemic. The Atlas Crate is pitched for ages 6-11, and the aim is to learn more about and appreciate other cultures. So far we’ve made the projects in the Japan, Colombia, France, Greece, France and Madagascar crates. There is a project or two inside the box, as well as a booklet talking about the traditions, food (with recipes!), and geography of the country you’re learning about. Sometimes we come across a photo from one of those countries, and my son will point out a detail, ‘Look, it’s like the thing I made from my Atlas Crate!’ – just what I want to hear. I just asked him which was his favourite, he said, ‘Sweden! It had a cool game in it’. The game is Kubb, where you throw wooden sticks and large wooden blocks, trying to knock them over. 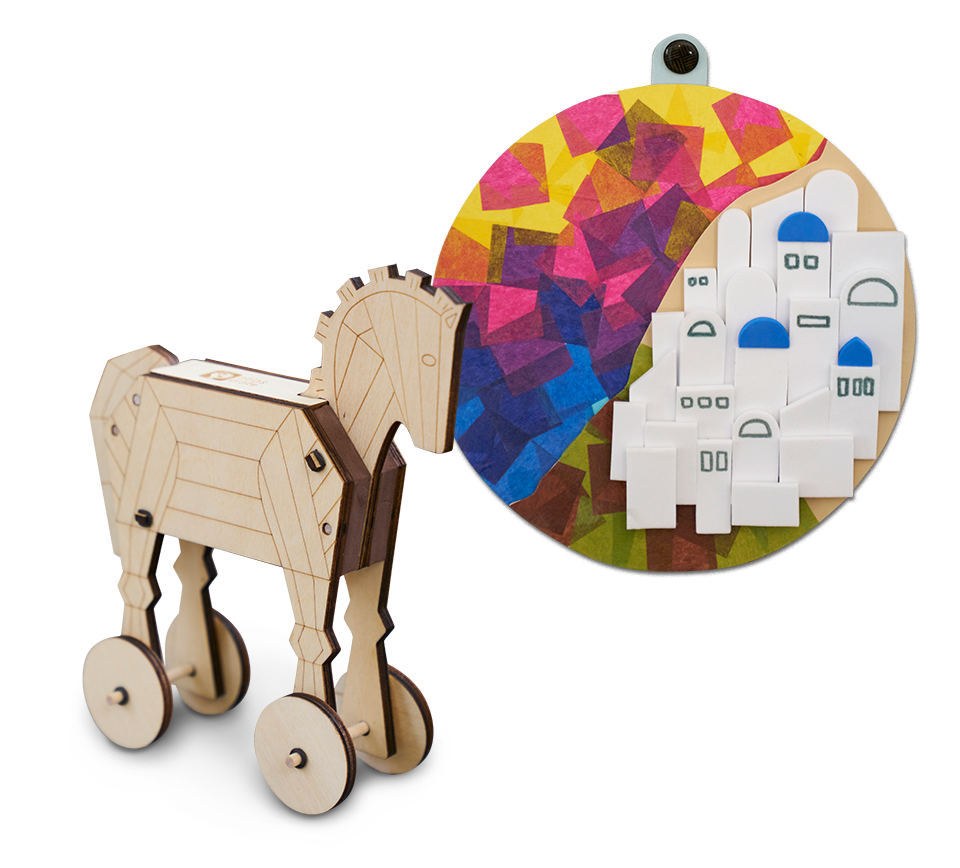 Finally, a project I don’t have to organize

I hear you, we’ve been online schooling at home for months now and we’re missing the hands-on aspect of in-person school. We also subscribe to Tinker Crates, aimed at ages 9-16. These are engineering/STEM projects where kids build something like a crane, a spirograph, or a model trebuchet from parts so they see how it works. What I really like about these projects is they are ambitious and impressive. It’s not a dinky little catapult, it’s a working trebuchet. It’s not a wobbly spirograph, but a motorized paint splatter art maker you’ve built from the circuit board up. My son is thrilled when he’s finished one of these, and really proud he’s made it work. The only downside of these projects is the storage space afterwards – after a year or two of these crates every month, we really have to prioritise which we keep and which we recycle.

Support for parents with kids learning at home

KiwiCo has stepped up their online resources for parents trying to help their kids learn at home during lockdowns. Check out this part of their site for free project plans, craft ideas, kitchen experiments, and more. From ‘how to draw a dinosaur’ to ‘the science of handwashing’, this is a bit of a lifesaver when your well of things to do has run dry.

Where does KiwiCo ship to?

KiwiCo is an American company, but we have received our crates in Canada and Germany, and they ship to most of Europe, Hong Kong, Turkey, Australia and New Zealand. We have not had to pay duty or any import fees on our crates in Canada or Germany. You can check the full list of places they ship to here. It’s worth noting that while their subscription boxes are available internationally, single projects from their store are only available in the US and Canada. 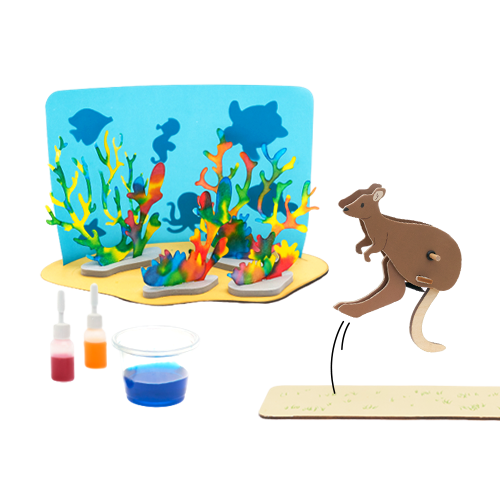 At a loss for a gift? Give a single crate or a subscription

I promise you, any parent would be glad to receive a box like this for their child – it’s an educational yet entertaining activity that they didn’t have to plan. You can check out their store for specific projects (single projects only available to ship to the US and Canada, but subscriptions can work internationally) and their matcher-upper will help you narrow down the right project for the right age group. You can supplement any crate with a book to go with it as well, which I think is great for a gift. We have also had crate subscriptions kindly gifted to us by family, which has been such a boon over this very long year spent at home. My son loves sharing his recent projects with family over FaceTime.

Just a reminder, the links in this post are affiliate links, but I have not been compensated in any way for writing this post. We have been using KiwiCo crates for years and years, and I recommend them to everyone I know.