My seven-year-old son and I bike to and from school every day. It takes about 10 minutes each way, and is mostly flat, so it’s an ideal commute for a smaller cyclist. He is on his own bike and I am on mine. This isn’t an option for everyone, I know – in our last city his school was much too far away and up a giant hill. We’re now in a small European city with extensive bike lanes and an incredible amount of cyclists on the road, so it feels like drivers are much more aware of us.

There are a few bits of kit that make this much easier, most of them really inexpensive. I’ve lusted after cargo bikes and bakfiets, but the reality is with one child we just don’t really need it, nor can we afford it. So if you’re thinking about changing your commute, or just want to ride with your kids more often, take a look: This bendy-armed thing might look a bit ridiculous, but it has made such a difference. It’s hard not to turn around constantly to see what your child is doing, but with this mirror I can always see him. It minimizes those bike-wobbling full body visual checks too, and allows me to keep my eyes on what’s going on in front of me as well. It just fits on your handle bars, no need to remove grips.

Because we bike to school, there are school bags and sports kit, plus the unwanted jumper or coat on the way home. It’s quite hard to cycle with a backpack on when you’re small, so I have both a front basket, and a big rear basket with a four-hook bungee cord thing that spreads over whatever I have crammed in there. I find this set-up easiest so I am free from backpacks too, and my bike can accommodate whatever comes home from school. In the autumn and winter, it’s quite dark during commute times, and if it’s raining, visibility to car traffic is tough. Having lights on your own bike and your child’s really helps. Lots of kids helmets also have lights on the back which is a great feature, as rear lights on kids bikes are quite low to the ground. My son has cheap LED USB battery lights on his bike, but I have dynamo-powered lights on mine. I have an after-market bottle dynamo, which is like a little bottle shaped thing next to my front wheel that I can click into place, and it rubs along my tire, generating energy that powers my front and rear lights. I like this because all my lights are screwed permanently in place, and never run out of power. It can make it harder to pedal, and it’s not quiet, but I do mostly city cycling, so it works for me. Also, if my son’s lights run out of battery, at least his helmet light works and mine always do. These gloves don’t need to be fancy – in fact I buy a pile of cheap stretchy gloves from H&M, as well as his main pair, which are fingerless with a flip over top to make them mittens. In the autumn and early winter it can be 1ºC when we set out in the morning. He also has a cowl made from fuzzy fleece which can be easy to whip up on the sewing machine – it looks like a single loop, so no ends to flop about. Sitting through school with a wet bum is pretty horrible, so we have a selection of waterproof covers to pull over our seats. What we’ve also used: plastic bags tied underneath or shower caps. And if you’ve forgotten to put one on and your seat is soaking, use the seat cover anyway and just sit on it, keeps your bum dry for that ride at least.

Do you cycle often with your kids? How about riding to school? Let me know in the comments! 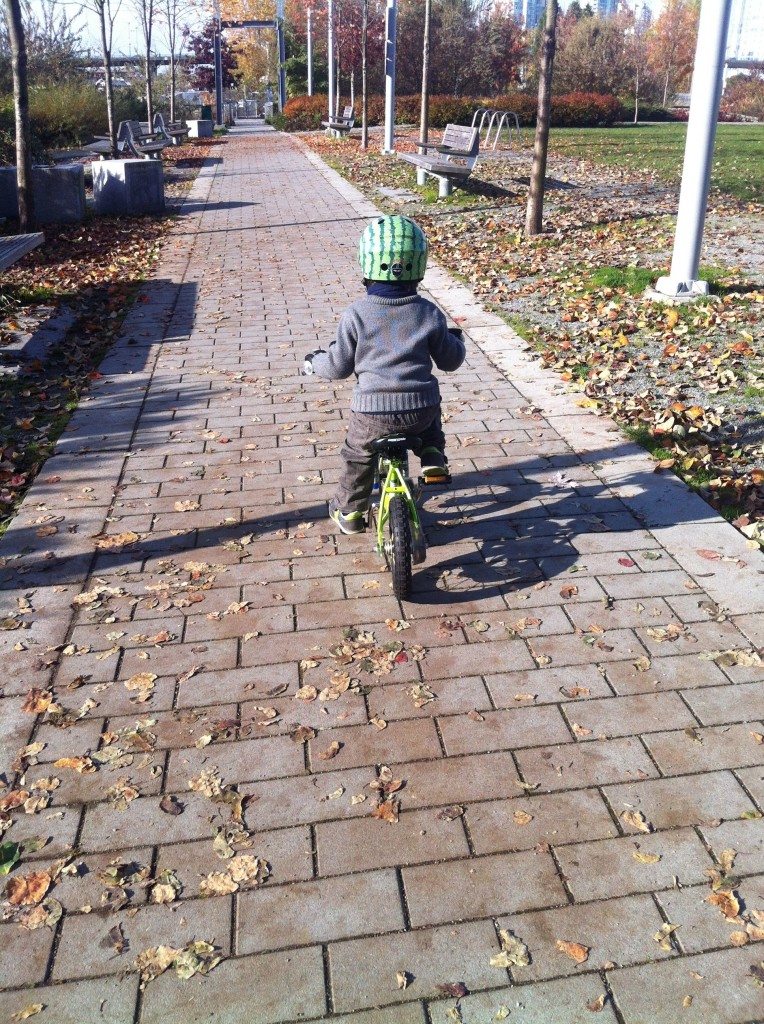 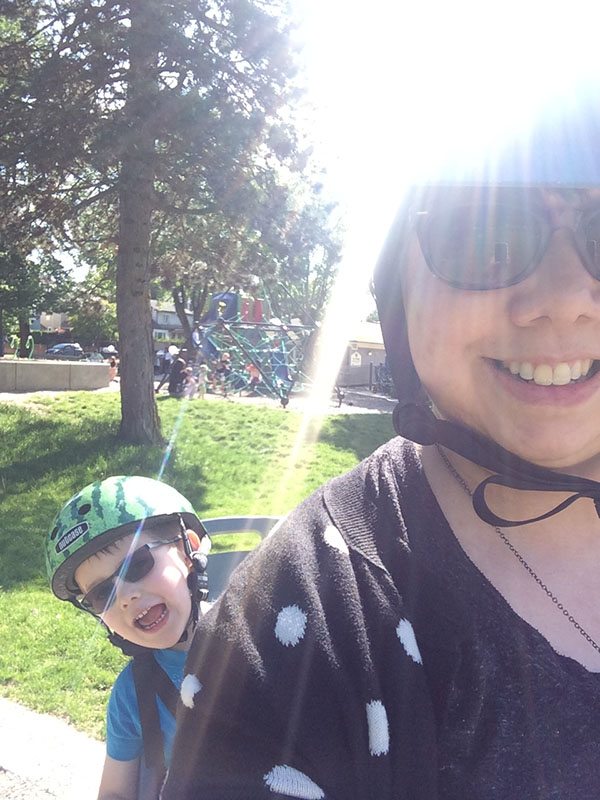